One of our Top 50 Paris Restaurants (small sharable plates). If you want a taste of Gregory Marchand’s cooking without the challenge of scoring a reservation at Frenchie, this sister wine bar is a great option. However, there are caveats. A victim of its own popularity, Frenchie Bar à Vins is often chaotic, loud, and (for folks who don’t wish to perch on stools) a little uncomfortable. But chaos and noise, when combined with creative and delicious small plates, not to mention a fascinating wine list, can combine to make for some wonderfully memorable evenings. You shouldn’t go if you need to be seated and fed right away, or if you’re not willing to flag down a friendly server to beg for what you need. Go for rowdy fun, and by all means go early, like right when they open at 6:30pm. Either that, or after the major rush passes, after 10pm. Arrive during peak hours and you can expect to wait for a fairly long time out on the cobblestones. 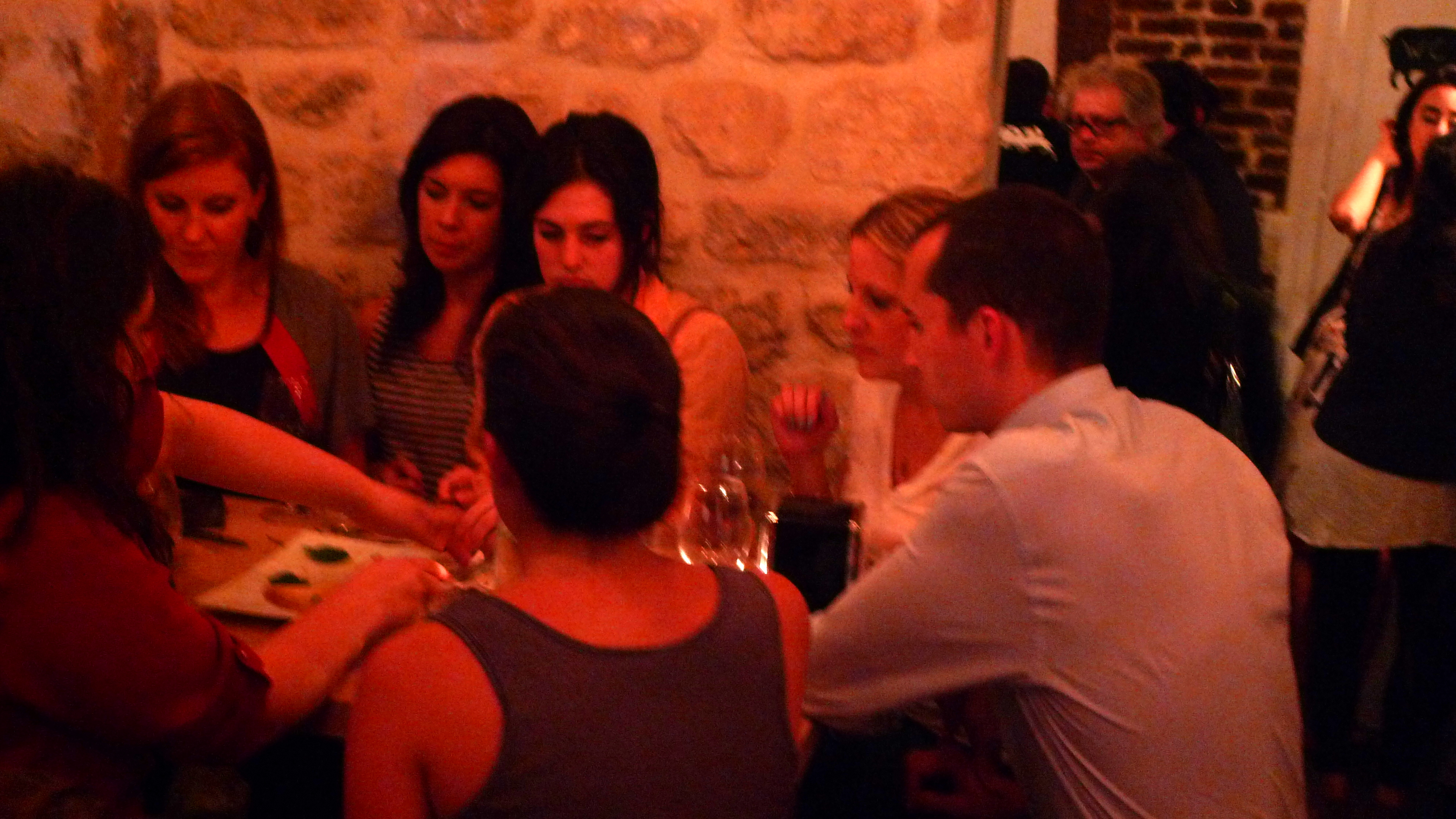 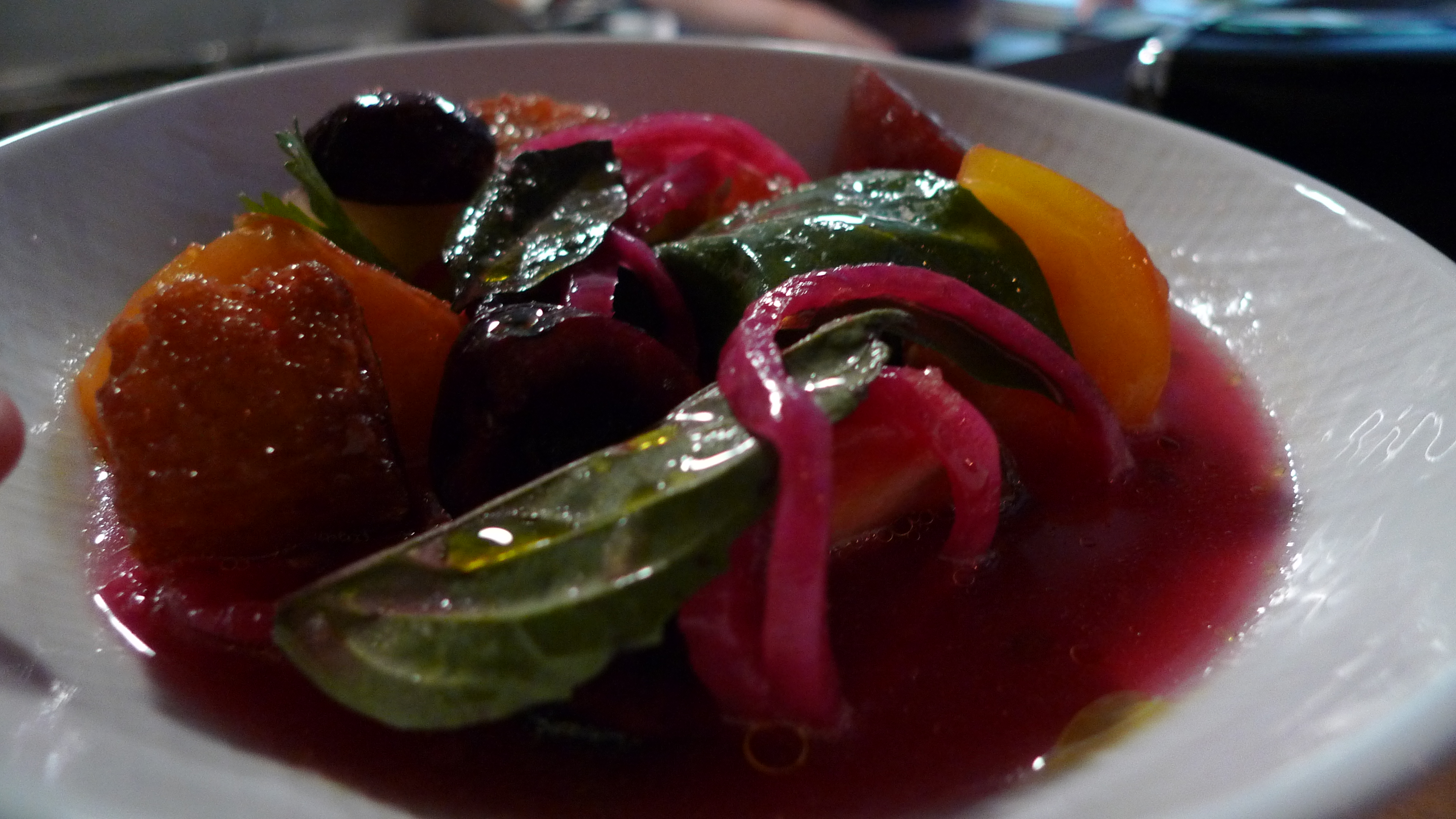 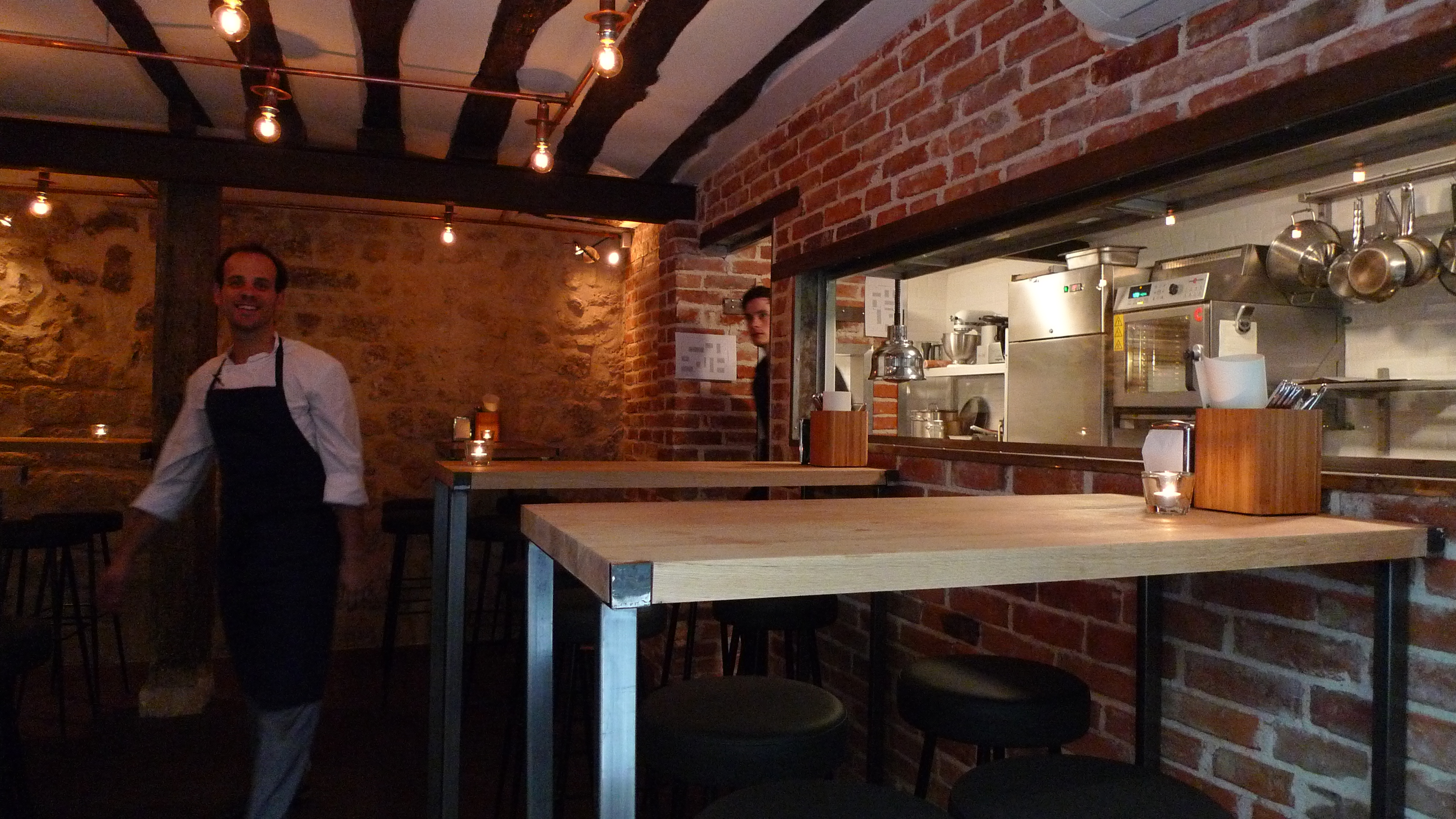 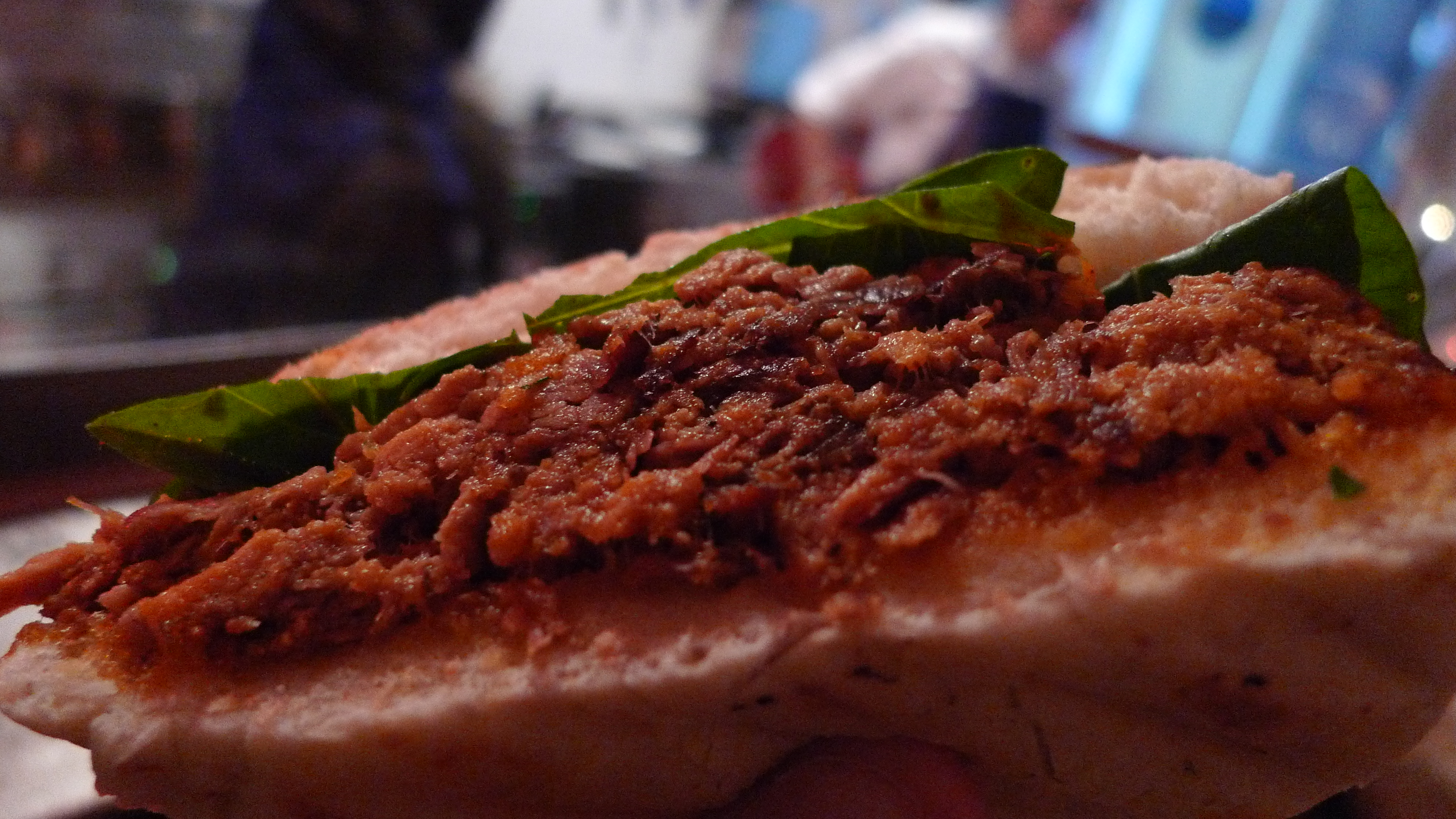 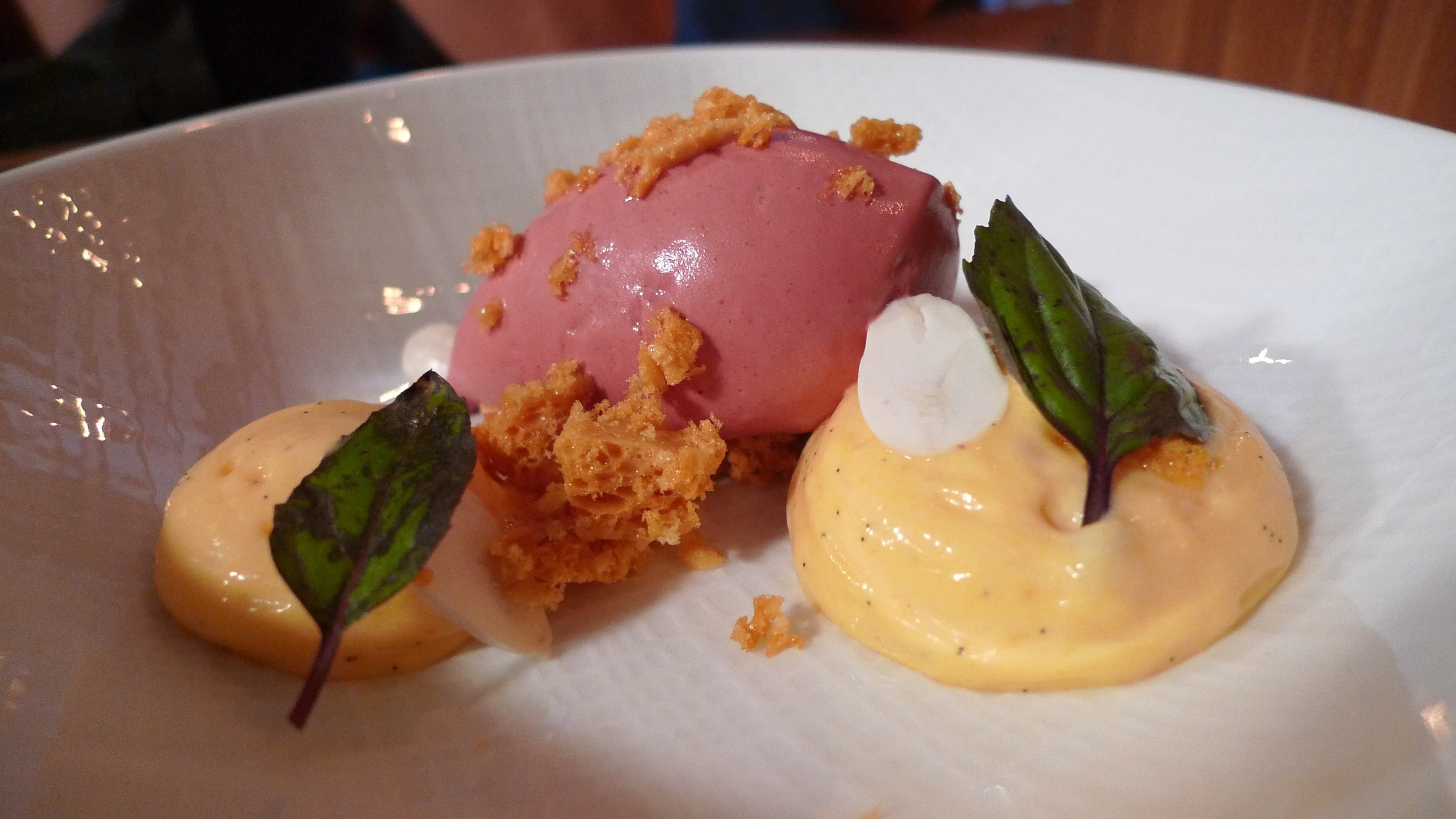 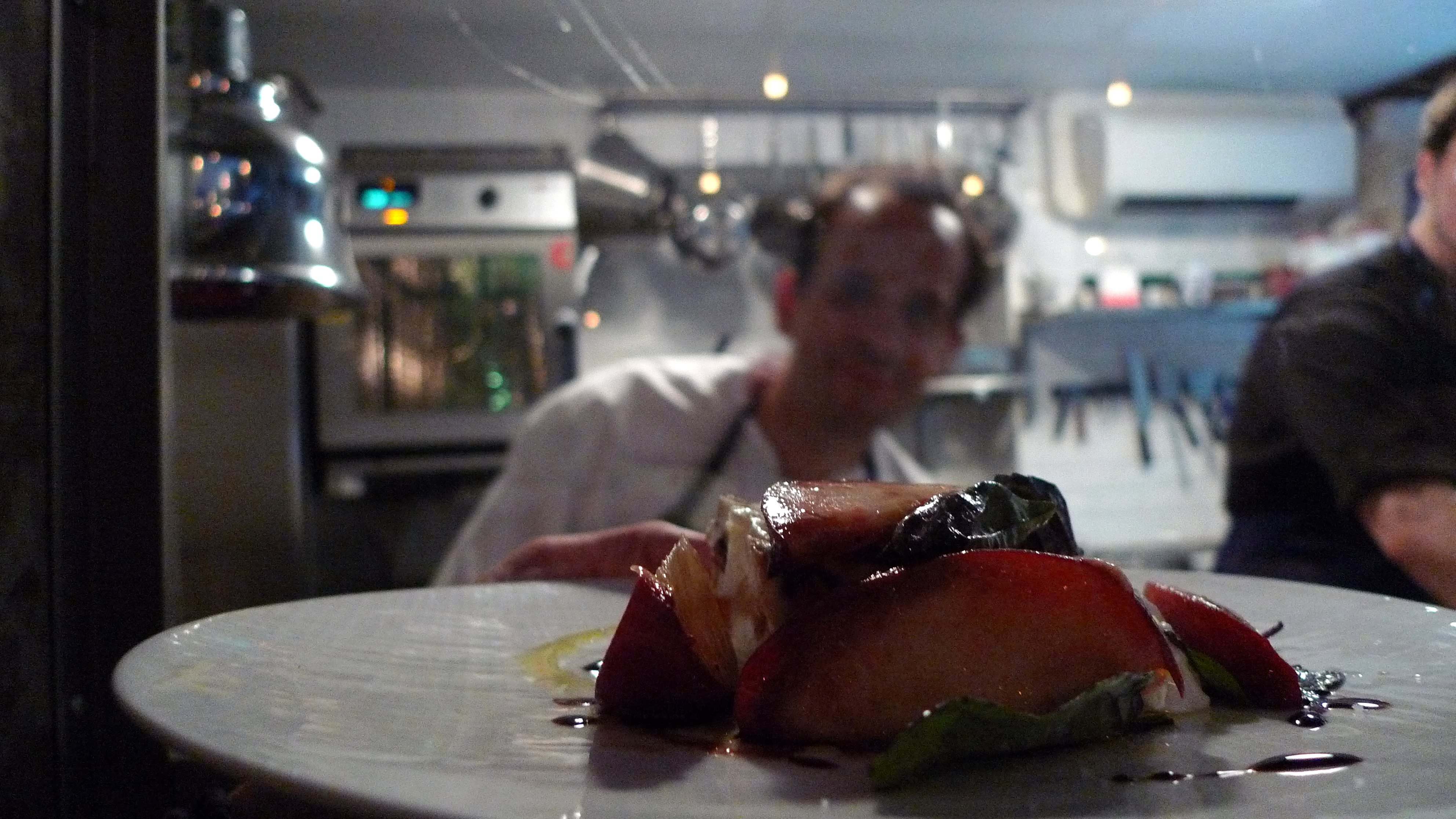 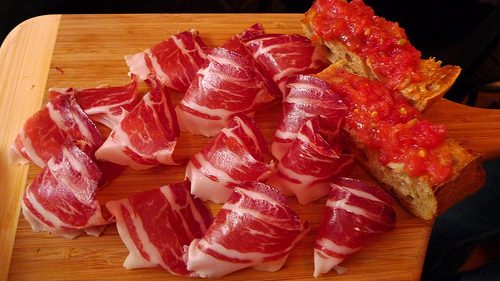 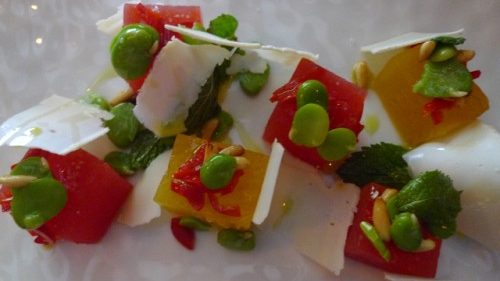 Have you been? Leave your own opinion about Frenchie Bar à Vins in the comments!

Le Fooding (2016) returns after naming this as their Best Wine Bar in 2012 and warns that “even if the food is almost too delicious, you’re supposed to be here to drink first and foremost! So there’s no point in getting upset if the dishes arrive out of order.”

TimeOut (2015) says “This is the sort of place where neighbours quickly become friends, and before long we were exchanging cards and even bites of food with the Japanese-French group on our left and the journalist from New York on our right. Divided into categories such as meat, fish and antipasti, with two or three small plates on offer for each, the menu encourages nibbling and sharing.” Rosa Jackson concludes that “Frenchie isn’t exactly cheap when you add it all up at the end, but it’s hard to think of a better spot for an impromptu meal with old and new friends.”

Ann Mah (2013) had a terrible experience. “It kills me to think that tourists come to Paris with high expectations, queue up at Frenchie wine bar, and spend a fair bit of money on pleasant but nondescript, sloppily served food. Perhaps it was just an off night. Other friends certainly love the place. But as we walked home, I saw evidence of Frenchie’s colonization of the rue du Nil — wine bar, restaurant, take away shop — and I began to suspect that Frenchie is a victim of its own success, expanding too quickly while neglecting the details. Unfortunately, the devil is in the details.”

Le Figaro (2012) François Simon reminds us that it’s not easy to get a stool at this popular wine bar, having tried on three separate occasions to arrive at opening time to find the place already full.

David Lebovitz (2011) says “the wine list is so compelling that the next morning when I woke up, I realized that the four of us had gone through four bottles of wine. I’m going to blame the fair prices and varied wines on the list, which made it hard to stop.” He concludes that “it was a fine evening of dining at a casual wine bar, which more and more, are becoming my favorite venues for dinner in Paris instead of restaurants, which require reservations and diners sticking to certain formalities, like eating in courses, rather than just ordering plates of salads, charcuterie, cheeses, and smoked fish. I like the informality of them and the younger staff are generally relaxed and friendly, and represent the best of the younger generation of French cooks and people who run restaurants.”

Not Drinking Poison in Paris (2011) jokes that “a wine industry friend and I amused ourselves by placing mock bets on how long it will be before the intended informal no-res bar becomes a small, slightly expensive restaurant with a difficult booking policy. (In other words, another Frenchie.)”

Alexander Lobrano (2011) calls this “a terrific small-plates menu that comes from the kitchen across the street and offers delicious cameos of Marchand’s talent… I loved the wine list here, too… it not only suits Marchand’s cooking to a T but pushes out the walls a bit by including wines from other countries.”