Throughout the week, bars, shops, and brewers will be hosting a wide range of events at locations across the city. With so many events on the schedule – beer tastings, lectures, brewing demonstrations, tap takeovers, beer-pairing dinners and more – there are going to be some tough decisions, but we’re here to help narrow it down. 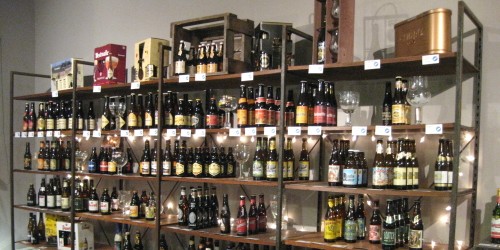 Craft beer blows up in Paris

At long last, it’s an exciting time to be a beer lover in Paris.

Until recently, beer drinkers in France who wanted to quaff anything with character had to be content with a limited number of foreign-made beers, mostly from Belgium. The Belgian brewing tradition is long and revered, featuring a wealth of brews in traditional styles. But as devotees of craft beer know, there is more to beer than simple tradition. Microbrewers in the US and UK have been bucking tradition for decades now, and in doing so have revitalized an industry and gained legions of passionate customers. In more recent years, while craft beers have taken off in neighboring countries like Denmark and Italy, France has lagged behind, content with its industrially-made Kronenbourg. That’s all changing. It seems that in Paris, craft beer has finally arrived.Read More »Craft beer blows up in Paris