Verjus currently holds the #2 ranking in our list of our favorite Tasting Menus under 100€. I never tire of returning to Verjus, which has one of the most creative and affordable modern tasting menus in town. Chef Braden Perkins is self-taught, disciplined and obsessive. He makes time time for travel in order to take inspiration from chefs around the world, returning home to refine and personalize their best ideas. When he wasn’t happy with the produce available from local sources, he partnered with other chefs to cultivate a more direct network from farms in Normandy. The result of all this is a tasting menu that mixes a modest amount of meat or fish with some of the best vegetable creations I’ve ever tasted. Six very small dishes (snacks) are followed by homemade bread and butter, three more substantial dishes, and dessert for 78€. Perkins’ partner Laura Adrian has put together an incredible wine list that is heavy with organic and biodynamic producers, and her wine pairings for the tasting menu (55€) are spot on. On a practical note, there’s a private room that can be booked for 8-12 people, and the kitchen is known to accommodate a wide range of dietary issues with advance notice. 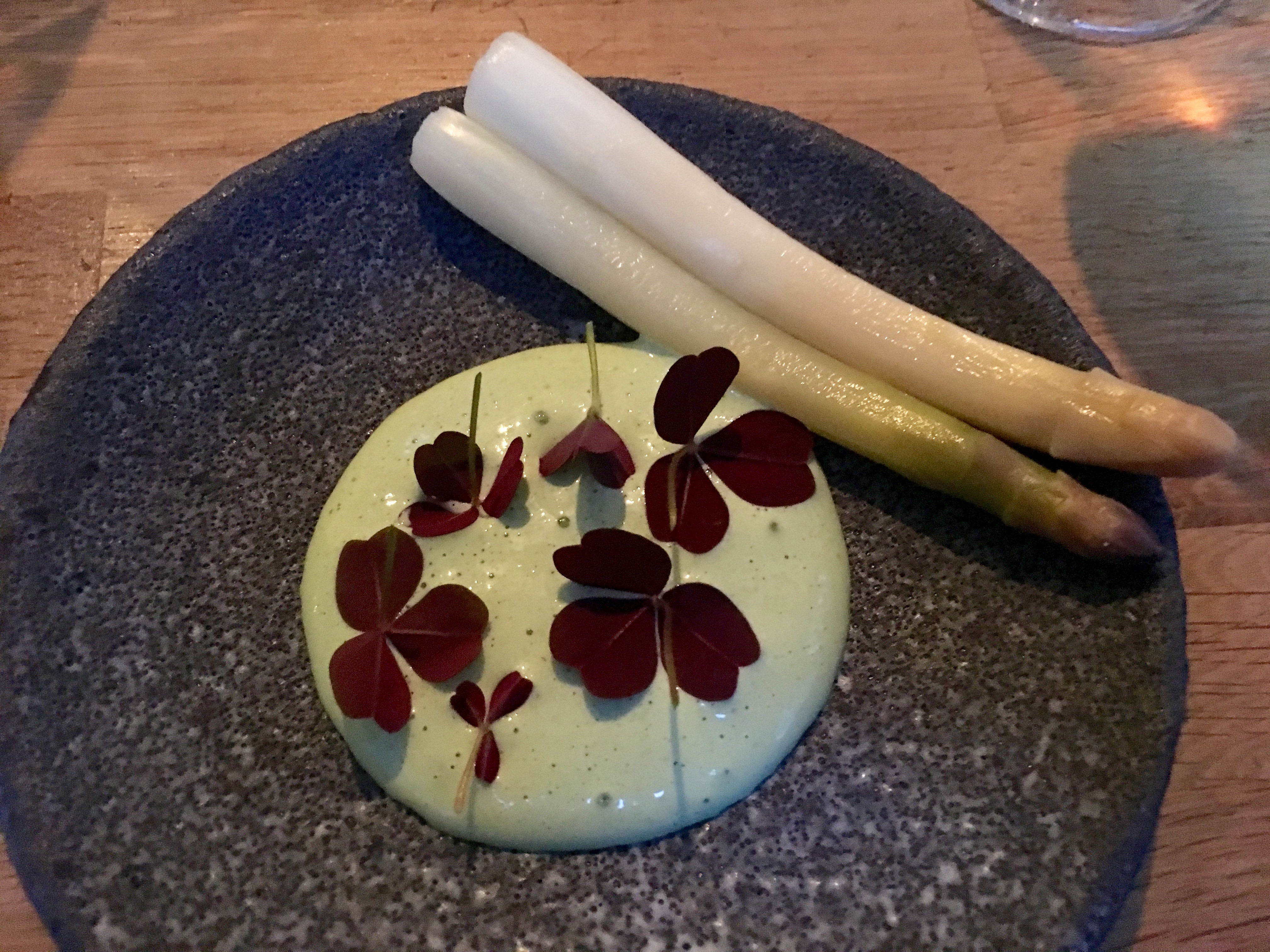 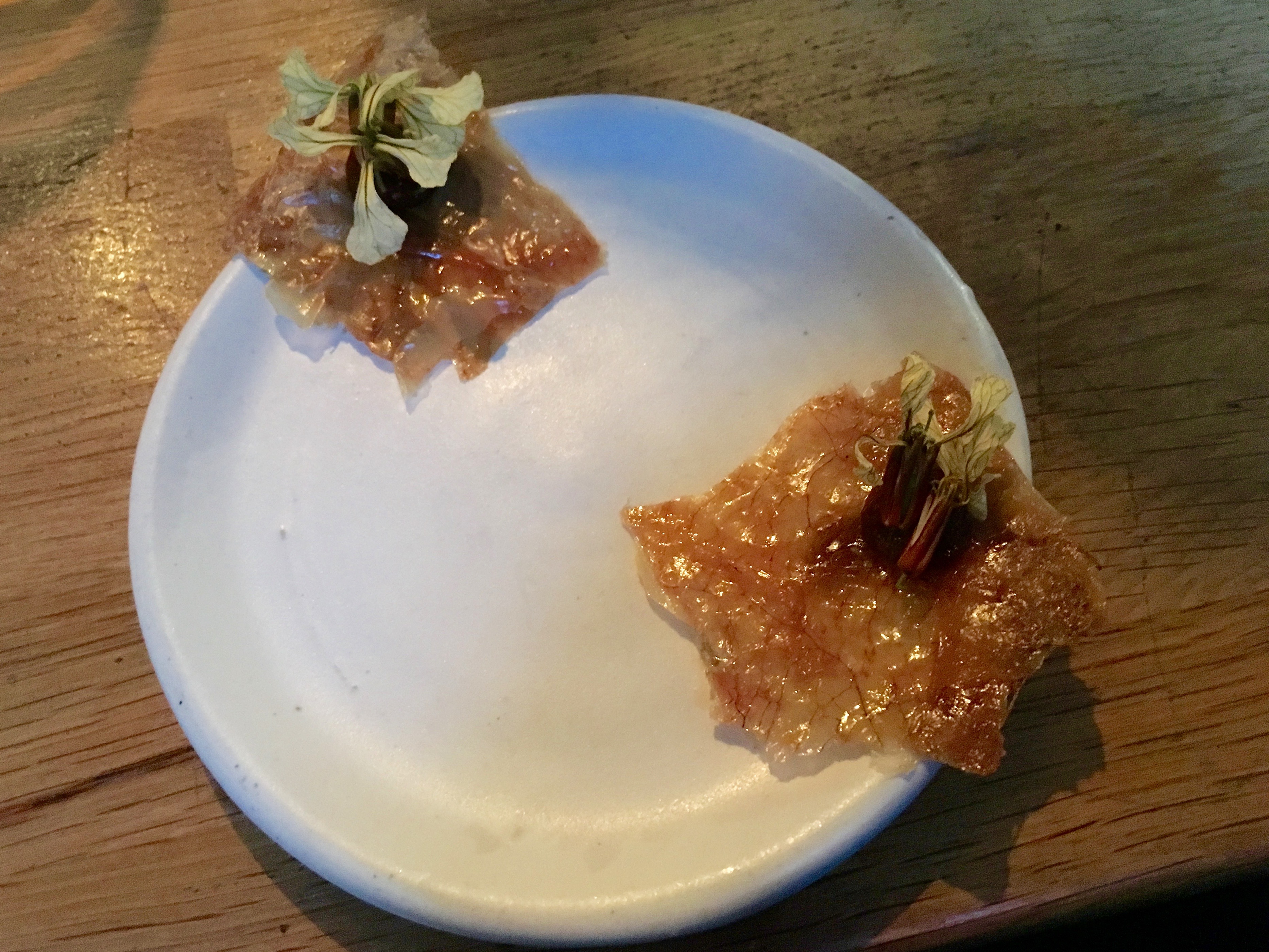 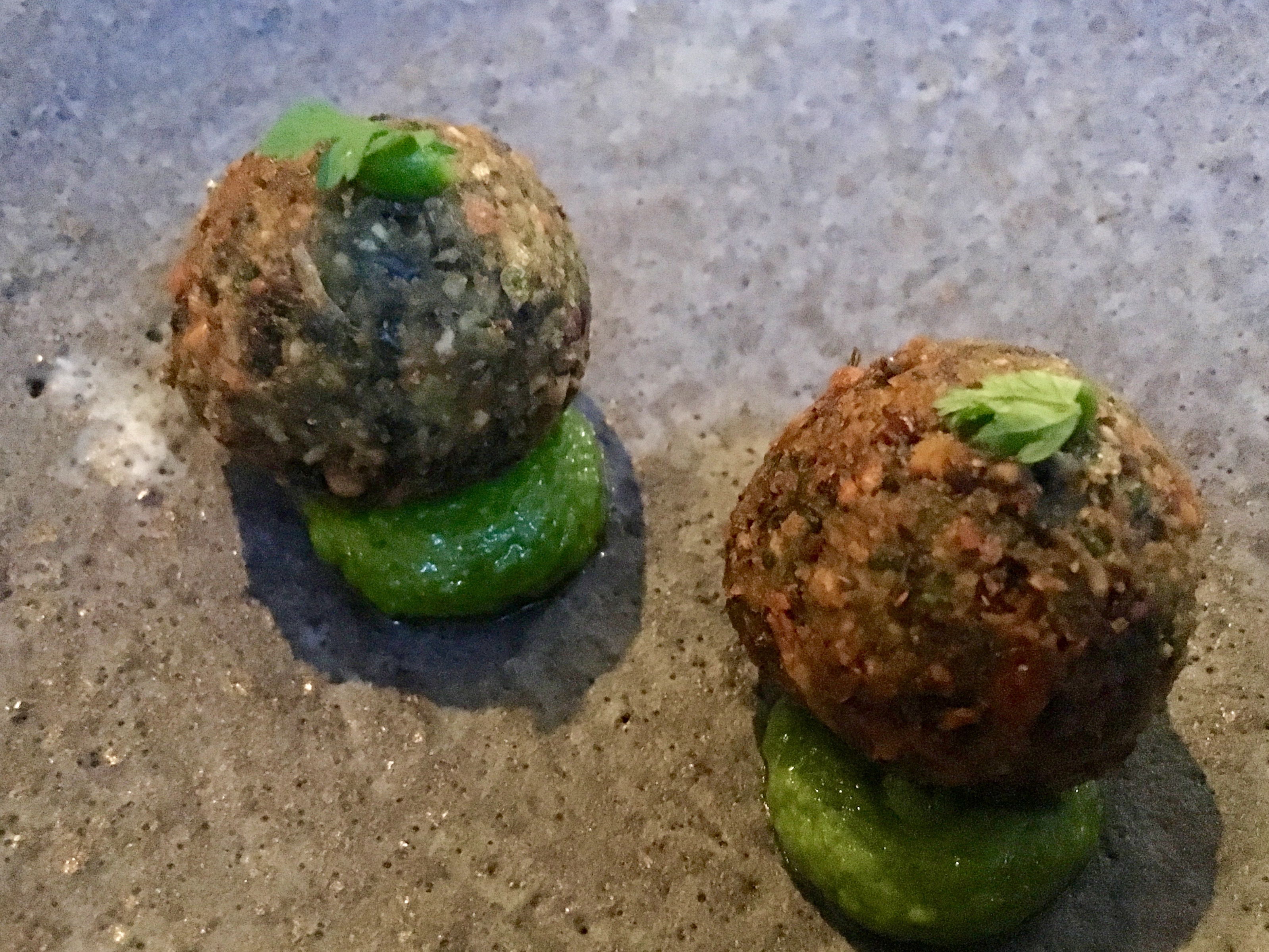 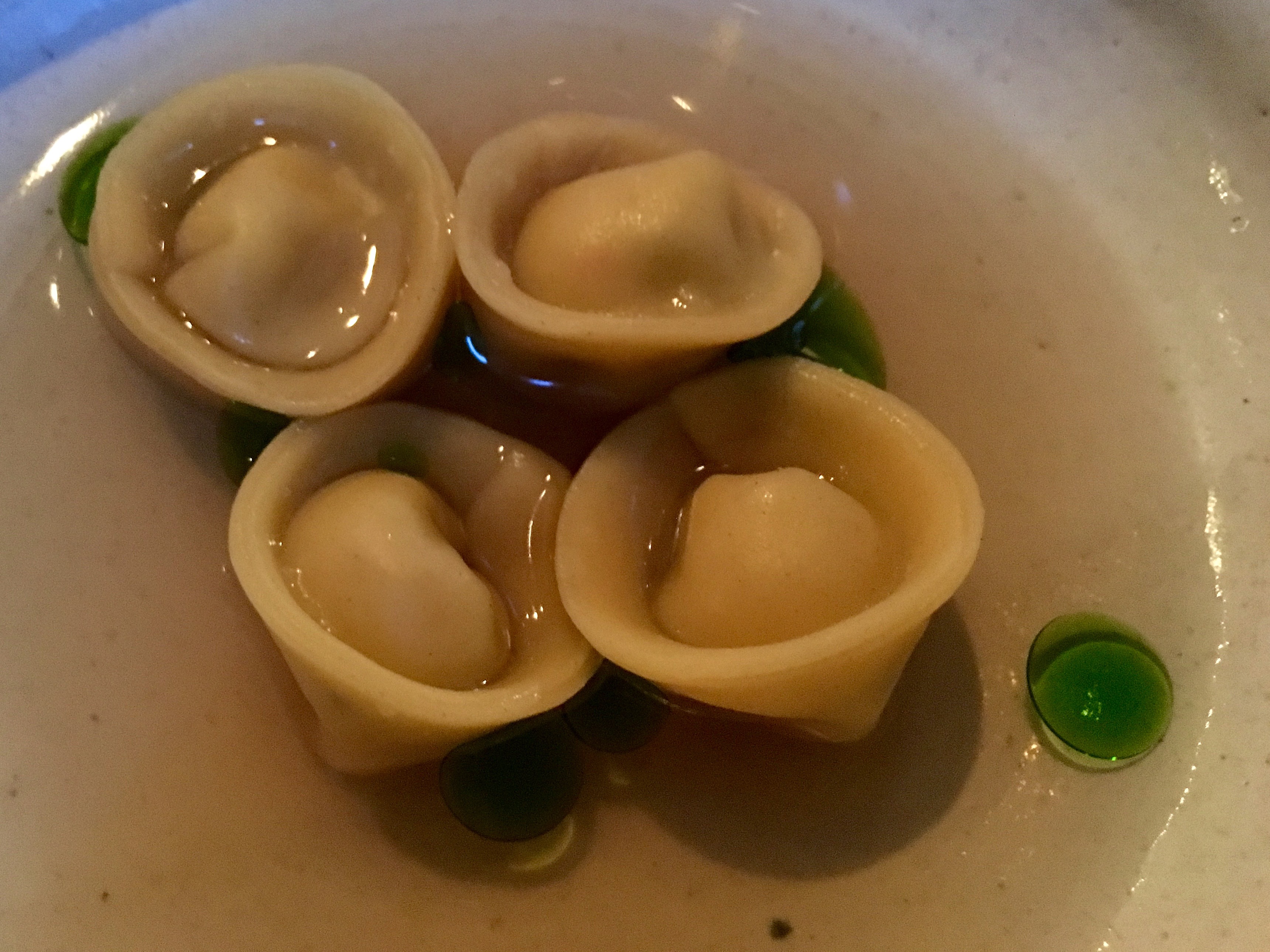 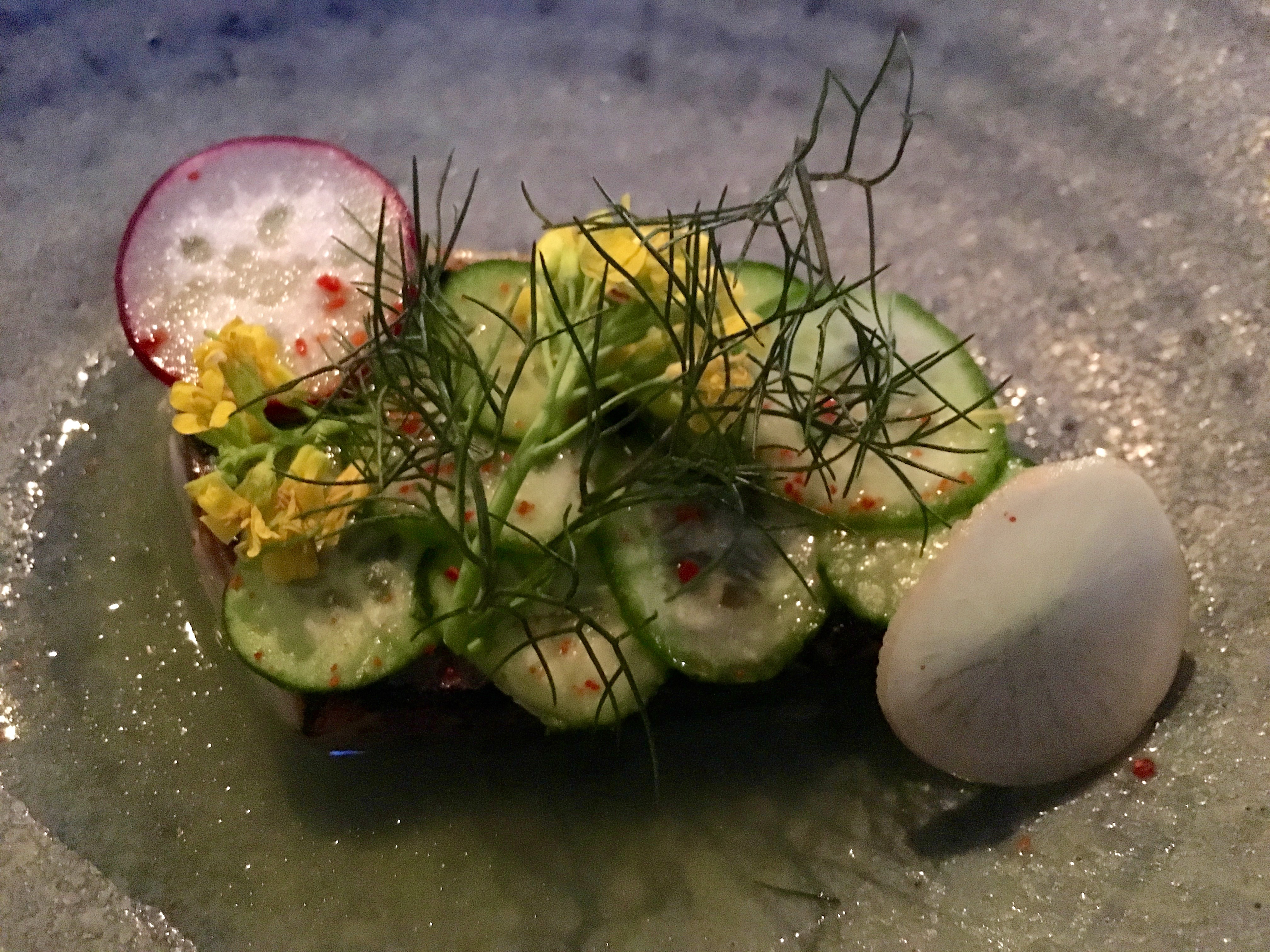 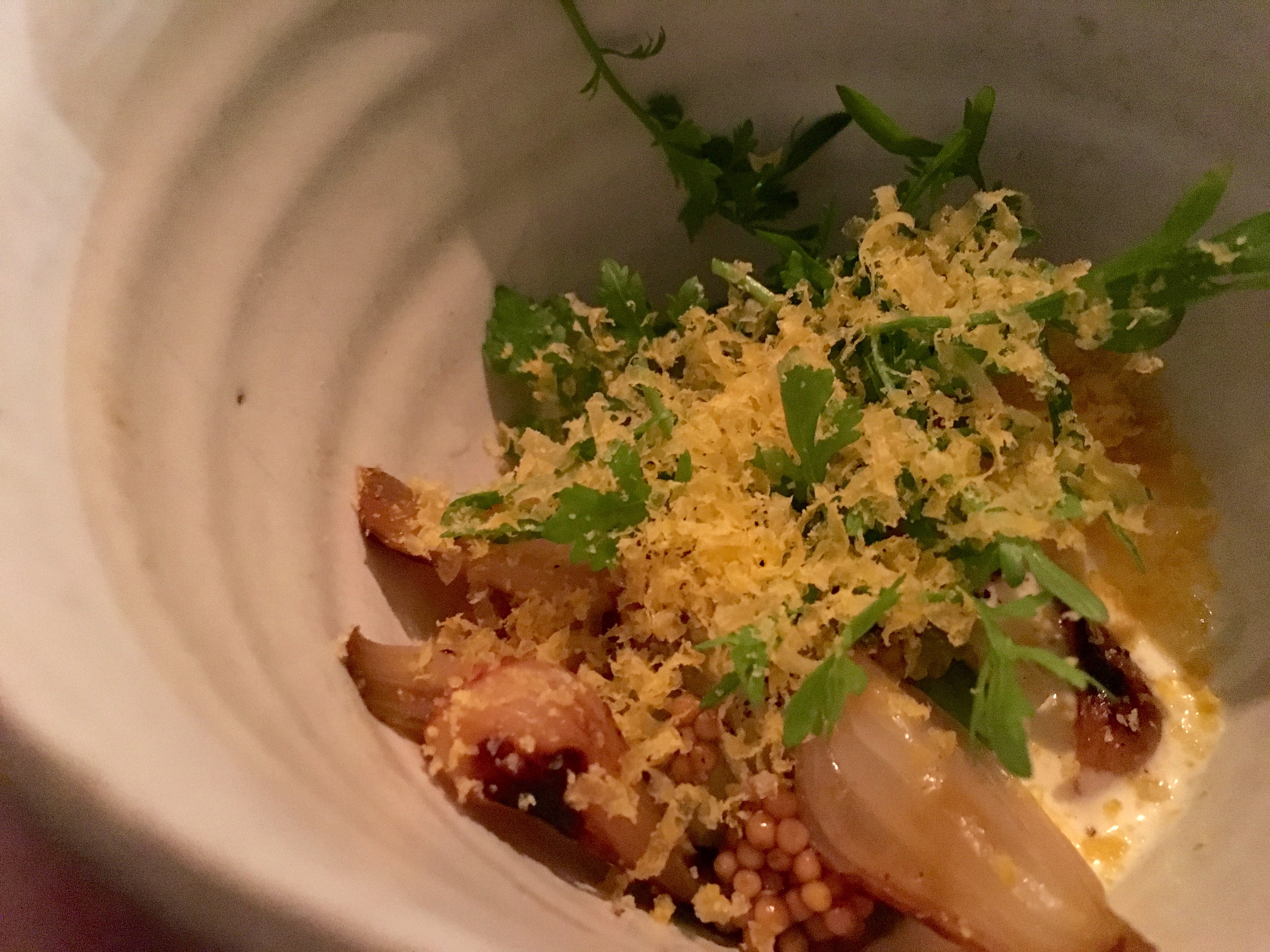 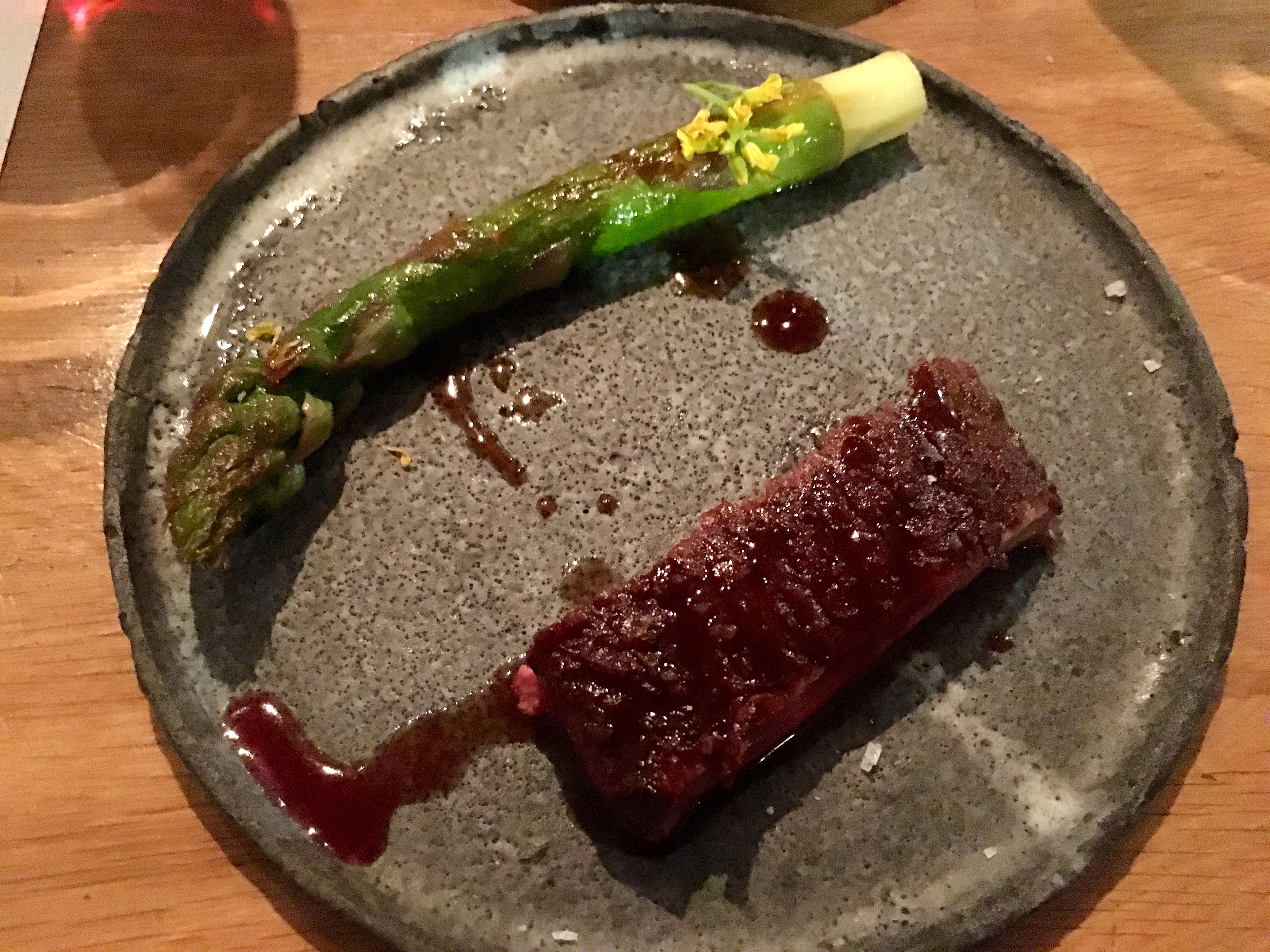 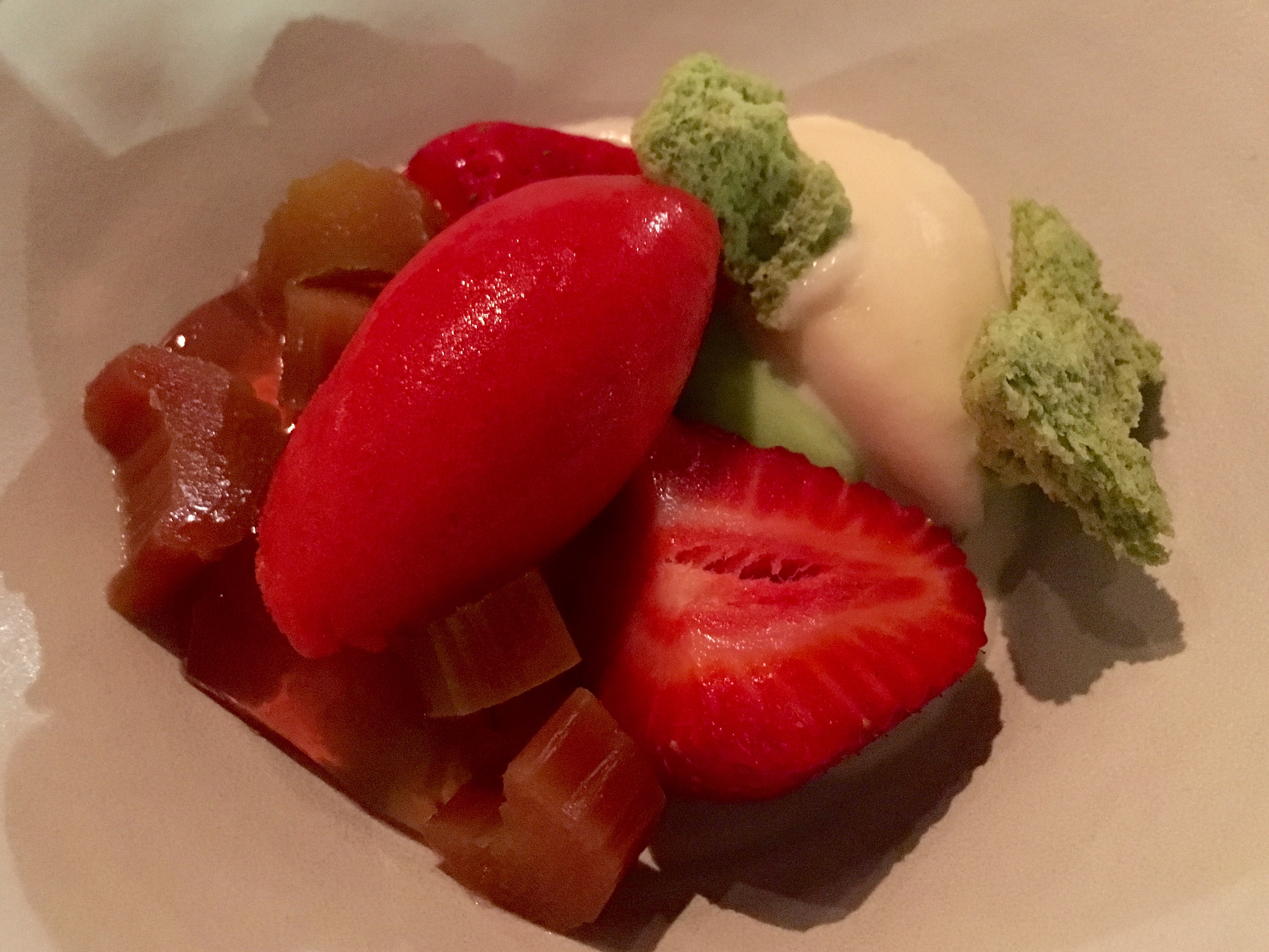 What people are saying about Verjus

David Lebovitz (2017) includes this among his Favorite Paris Restaurants, praising the “inventive and outstanding cuisine by Braden Perkins that changes daily, and seasonally. Fixed menus feature a range of ingredients, techniques and cultures, which all come together in multi-course menus that will surprise and delight. There is a casual wine bar downstairs (no reservations) that serves light fare, great frites, and an intriguing selection of wines by the glass.”

Ruth Reichl (2014) says “the food looked lovely, but it was so intelligently put together that I couldn’t help concentrating more on the way it tasted than how it had been put upon the plate. Chef  Braden Perkins combines flavors in fascinating ways.”

Timeout (2013) praises a Scandinavian-inspired plate of trout and potatoes, calling it “the best of the seaside in a couple of memorable mouthfuls,” along with a dish of duck breast with sharp winter sauerkraut. “These were the highlights – not everything sung out clearly, but that’s the licence of a tasting menu. Taken as a whole, with the well-priced wines by the bottle and glass, the easy-going, friendly bilingual staff and the general atmosphere of quiet contentment, Verjus is a genuine thrill.”

Saveur (2012) says that “since Perkins revises his two dinner-only tasting menus almost daily (one is four courses, the other, six), his imagination is always sparking. As evidenced by a winter starter of a poached egg with three types of grilled mushrooms (shiitake, button, and a tiny wild Japanese one) on a bed of wild rice with microscopic dandelion leaves and a sprig of dill, his food can be so fragile, intimate, and self-effacing that it induces perfect, fleeting, ego-free moments of Zen pleasure.”

The New York Times T Magazine (2012) explores Perkins’ approach as an American chef in Paris: “Americans grow up with tons of different flavor profiles in their heads — you know, in the states, one night you eat Italian, the next Chinese, so we cook from a huge palate, and I think we’re freer in the kitchen than the French… So the best American food often surprises with unexpected meetings of tastes and textures.” They cite examples of his cooking style including a dish of Mimolette cheese-filled ravioli with cauliflower, capers, chili and cocoa, followed by roasted pork belly and carrots cooked in carrot juice, with frisée and crumbled salted ricotta.

Entrepreneur (2012) explains that “thanks to glowing articles in food magazines, Verjus has become a must-visit for Americans traveling to Paris, who typically make their dinner reservations soon after buying plane tickets. That leaves little room for locals–those discriminating diners Perkins was excited to cook for in the first place. But if that’s the price of success, he’ll take it. ‘Parisians don’t book in advance,’ he says with a shrug. ‘Everyone else does.'”

Alexander Lobrano (2011) praises the “really brilliant little miniature as our first course–roasted baby leeks with a quail’s egg, Israeli couscous, oven-dried radicchio leaves and a scattering of ash I’d guess was made from the trimmed green of the leeks. This was a fascinating composition, at once feral and very comforting.” He concludes that “this was a deeply imagined and magnificently executed meal.”